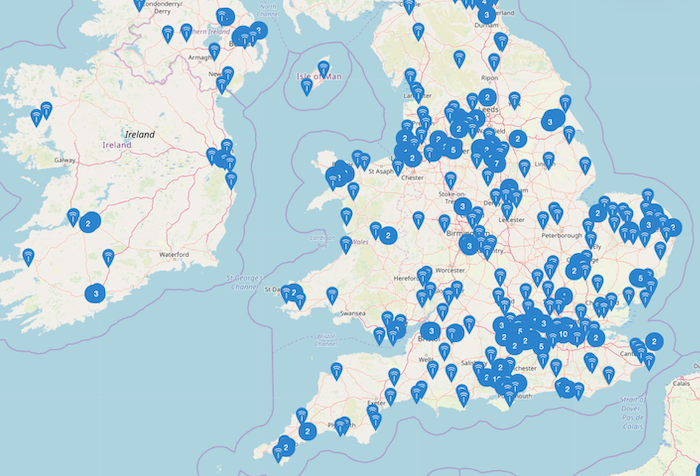 Accelerating technology adoption in the UK

Our mission at Digital Catapult was insane: impacting the UK economy through driving faster technology adoption, across all the most hyped technologies with the largest global investment, with a crew of just over 100 and the budget of a middling startup. As a non-profit with complex ties into the machinery of innovation across government, we had our fill of bureaucracy and constraining regulation. My job as CTO was to assemble a talented group of technologists, engineers and designers, numbering around 40 by the end of my time, and clear their path of as many of those obstacles as possible.

There were many successes and failures along the way. We figured out that providing missing bits of digital infrastructure, through test networks and labs, would help many businesses take advantage of technologies they may not fully understand or have access to. So we created the first 5G networks open to companies to play with, in London and Brighton (and a low latency link to the university 5G networks at Bristol and King's College London demonstrated by three musicians playing together), a programme providing access to and expertise around AI compute at a time when deep learning needed deep pockets, immersive labs around the UK with access to all the latest VR and AR kit and a studio to capture "volumetric video" (basically: you do your performance, and then become a 3D moving character that can be viewed from any angle at any size).

Biggest of all was a project started by Peter and Alex with a single network gateway on our roof in King's Cross, providing a free low power wireless network to the surrounding few miles of London. You need a low power network if you have a little sensor and you want it to run off a battery for a few years and send tiny amounts of data. It turns out that's quite a widespread need that wasn't being met very well in the UK at the time, and luckily it doesn't require a spectrum license. You need it for applications like air quality sensing and environmental monitoring, tracking where things are, keeping an eye on goods in transit, figuring out if a parking spot is free or occupied, and endless other Internet of Things applications. The team persuaded more and more partners to install gateways on their roofs and connect them to the internet, starting with all the London universities. We leveraged this early network into a plea for more funding, found some good allies in government, and expanded into more cities. Eventually Things Connected was so big that we realised we needed to find someone else to run it, and it merged with a parallel grass roots effort that had been growing around the world called The Things Network. At the moment there's over 600 gateways around the UK (the coverage map is above). That wasn't the end of the story however, as it turned out industrial sites wanted private versions of these networks, just like you might use your own private wifi at home. The team went on to build proof of concept systems for everything from tracking the condition of blood supplies for the armed forces (which can't get too hot or cold), the status of thermal shielding around a glass factory furnace, to the wind speeds on a stretch of the Kalahari desert where the Bloodhound team are making an attempt at the world land speed record.

Alongside building labs and networks, we also ran all kinds of accelerators: Machine Intelligence Garage for AI startups, Augmentor for immersive startups, Cyber101 for cybersecurity startups, CreativeXR for immersive content producers. We built open source or R&D software to help markets develop more quickly, like a big open marketplace for sensor data, used by cities around Europe, or a smart contract system for games developers to collaborate and share revenues without having to form a company. We worked on standards for manufacturing security. When working in privacy (in the years leading up to GDPR), Michele had the brilliant idea that you should get a personal data receipt every time you give an organisation your personal data. Still a great concept, although it didn't get much traction at the time.

The biggest challenge was merging the competing cultures. Our team came from universities, startups, consultancies and corporates. Our customers and partners included government departments, armed forces, defence and aerospace contractors, scrappy startups and entrepreneurs, filmmakers, technology companies, telecoms operators, investors, legal firms, big consultancies, universities across Europe and even farms and retailers in the food industry. We gradually introduced design thinking, lean startup ideas, agile methodologies, open sourcing. We explained what product managers do, which was a surprisingly uphill battle. We introduced devops practices to 5G network deployment. It was a fun 5 years with a diverse and interesting team (with many more projects that I didn't mention), and I hope the insane Catapult mission continues scale.