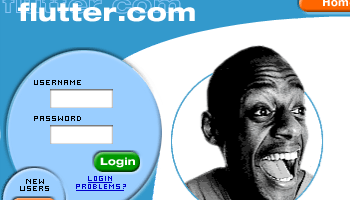 In retrospect I should have known better. I was the 8th employee of a very stealthy startup, and the only member of the engineering team in London rather than San Francisco. I'd joined in a whirlwind of dot-com-boom excitement, at the same time as moving back to London and the arrival of our daughter.

"What could I do?" I was asked. "Some programming or some design", was my naive answer. Next thing I knew I had a blank sheet of paper and the task of designing the web site for the world's first person-to-person betting system. Bit of a mess to be frank, that first design, but one way or another we built the team, launched the site, eventually launched a better site, and (some ups and downs and a merger aside) it's now betfair and processes more transactions than all the worlds' stock markets combined.

The "ups and downs" in reality were two of the most intense years any of us had experienced. We had the classic hockey stick growth: very slow at first (during which time we built a huge team very fast, redesigned and pivoted the product, and shrank the team even faster), and then, finally, much faster growth than we imagined was possible. We built a dynamic web site back when that technology was still pretty esoteric, we took turns to watch the evening football matches so we could suspend betting at crucial moments, we did usability studies to work out how to explain the arcane language of odds for a mass audience - we were in at the deep end and had to learn quickly. The key turning point was when we stopped trying to find customers for the product we imagined they wanted and started building the product they actually wanted. A good lesson indeed.